PantheaCon: The Heart is Our Nation Morrigan Devotional 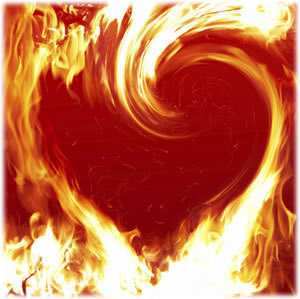 I hear singing.  I find myself humming the melody in my waking hours, I hear it mixing and interwoven with a rhythmic chant in my dreams. Sometimes it is a quiet whisper, other times a mighty roaring sound. Rituals and their energy tend to stay with you long after all the participants have left, the offerings have been made and the invocations have ended. I’m use to it. I’ve felt it before - especially where the Morrigan is concerned. But something about The Heart is Our Nation: A Morrigan Devotional ritual at PantheaCon will stay with me for a long time. I’m a New England Pagan, which means there aren’t that many Pagans that live nearby (at least comparatively to other parts of the country). Although I do go to many festivals and gatherings they are nothing on the scale of PantheaCon, and there is something awe inspiring about a room full of a hundred plus Pagans chanting, shouting, then finally screaming the Morrigan’s name. The Morrigu’s presence was so palpable in the room I could feel it thrumming through me. At one point we all came close, hand in hand, and sang the last few lines of The Heart is the Only Nation (just want to give a little shout out to Amelia Hogan- your singing was beautiful that night!) and shouted out what we were willing to stand up and fight for. I could feel the energy of our combined voices and Will as waves of energy rippling towards the center of the circle, being received by the Morrigan. There was nothing tame about the ritual, from the spear and sword play fighting that went on as participants entered the ritual space, to the fierce shouts of our voices and hearts. The energy of it was raw and primal, and sliced right to the bone – just as the Morrigan does. My words don’t do it justice, but many I spoke to afterwards felt similarly. We called upon kinship and sovereignty, and over the last few days I find myself feeling and becoming more aware of the threads that tie us all together.

I also felt the need to wear my torc to the ritual. It’s a plain piece with black onyx ends, but for me it represents my own inner sovereignty on a deep level. I blessed it when I underwent my priestess initiation ritual, and later when I did my warrior dedication ritual. It’s been with me over the course of many years, and I have changed much since the first time I wore it and called to the Morrigu. I became very aware (that’s the best way I can describe it) of it around my neck during much of the ritual. Of both the weight and freedom sovereignty bestows. Over the past several months much of the work I’ve been doing with the Morrigan and others has been about sovereignty. And I find myself thinking that kinship and sovereignty are connected. We have to claim our own sovereignty, see our own sacredness, feel the urge to stand up and fight for what is important in our lives to really value and find kinship.

I had planned on going to the Hekate ritual that was planned a few hours after, as Morrigan and Hekate are two of the three main Goddesses a group I am part of work with. But after I left the Morrigan ritual it felt wrong to do anything to disturb the energy I felt humming through me. I ended up sitting and talking to a friend for a few hours, before we went to watch Morpheus embody the battle crow in the Faces of the Goddess belly dance performance. (And all I can say Morpheus is Wow! I can trip over my own feet, wish I could dance like that!) But looking back it was the perfect way to ground the energy of the night, sitting with a friend in kinship, sharing experiences, and honoring the ties that bind us.
Posted by Stephanie Woodfield at 10:31 AM