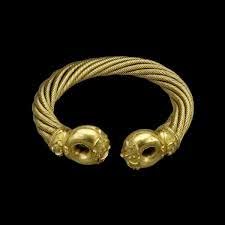 Sovereignty. It’s a word that can mean many different things.  There is the sovereignty of a nation.  There is the concept of sovereignty with Celtic mythology, bestowed by the goddess of the land and at times stripped away when a leader rules unjustly.  In a modern sense sovereignty can be claiming your own skin, ruling your life justly, recognizing your own self-worth and rising up to take control of your life like the King or Queen you truly are.

My own sovereignty has come to mind often over the past several months.  Not allowing others to take my sovereignty was part of a vow I made to the Morrigan at the Morrigan’s Call Retreat this past June.  There were other vows made that night, when we faced Macha’s sword in ritual.  And those have weighed upon my mind as well, but it is both the idea of what sovereignty is and if I have claimed it, that my mind keeps circling back too.  Because really it’s a process.  It’s something I have claimed in different ways at different times and in different parts of my life.  And looking back I realize it’s something that is continually claimed, not simply claimed once.  Sovereignty is something we continually become worthy of.  And it requires taking action.

That is perhaps the hardest part.  Taking action.  We resist change in our lives.  Sometimes being unhappy is safer than taking a chance.  Unhappiness can become something familiar, and if we do break the negative cycles in our lives, if we go out on that limb, there are no guarantees anymore.  We question ourselves, we think ‘Maybe this is a good as if gets?’.  And so out of fear we resist change, we let others take our sovereignty from us, we let them rule our lives instead.  Because it easier. But it also means we never make room for good things to come into our lives, the things we are truly worthy of.

When I first encountered the Morrigan I felt broken.  She gave me the strength to leave an abusive situation, and probably saved my life.  It wasn’t easy, but I had reached a point where I had to take action.  I had to be pushed and reach my breaking point before I did anything to help myself.   I went kicking and screaming, while the Queen tapped her foot and waited for me to realize nothing was going to change until I stood up and MADE things change.  I had to accept what was going on was wrong, and if I didn’t leave it was never going to end.  I had to be the one to end it.  And I did.

And afterwards I struggled.   I could barely pay my rent, I worked two jobs and went to school full time.  But I was happy, really happy, for the first time in my life.  I had claimed a little piece of sovereignty.  But there was still an emptiness inside me.  It would take a long time for that to go away, for me to put those broken pieces back together.  And at times I find pieces I thought I fixed, that need to be addresses again.  Because as I said, sovereignty is a process.  To be worthy of putting that crown on our heads, or that torc around our neck requires that we really dig down and look within, really look at ourselves, and accept ourselves, both the good and the bad.  And that takes time.

After a while I began to heal, that broken darkness began to ebb.  I brought new and better things into my life.  But I faltered in that sovereignty many times.  At times I let the wrong people into my life, I let other people walk all over me.  I gave too much of myself, not really owning that my time and energy had worth.  I let old cycles repeat without knowing it at first.  And again the Queen challenged me.  There were times She forced me to face my demons, and at other times She became silent.  I could feel Her waiting, restless, somewhere just at the edges of my perception, tapping her foot, probably raising a fierce looking eyebrow at me, waiting for me to cut the things out of my life that no longer served me before I reached a breaking point. In my mind I could hear Her say “You are the daughter of a Queen, act like it.”  Because it’s easier to embrace change when we hit rock bottom, when there is no other option, and we can’t hide behind our excuses or the things we put in our lives to distract us from owning our actions and ourselves.  The trick is to learn to be brave and stand up for ourselves, to know we are worthy of good things in life, without having to be backed into a corner to finally face these things.  And I’ve found I’m good at making excuses.  “I’ll take care of x after I finally do y”  or “When I do x, I’ll be strong enough to finally face y”.  Sometimes you just have to feel your way through the dark, you have to stand on the edge of the cliff and jump, not knowing if you are going to fly or fall.  Because if you don’t, nothing will change in life.

Claiming sovereignty has been a slow process.  It’s taken years.  I’ve hit plenty of speed bumps.  I’ve had to jump off of a few metaphorical cliffs and take chances.  And I’ve learned along the way its ok to be broken, sometimes you have to fall apart to rebuild yourself and your life anew.

At Samhain this year a friend had suggested that as part of our ritual we should remember not just the ancestors but who we have been.  You aren’t the same person you were ten years ago, or even a year ago.  We change, we evolve, we are constantly in a state of becoming.  And so we did just that.  We honored the ancestors, but then we spent a moment honoring, remembering and perhaps mourning the people we had been.  The parts of ourselves that were gone, and recognized that we had changed.  It’s something I plan on incorporating into my private Winter Solstice ritual tomorrow.  I will mourn and remember the person I was, and recognize that I am someone new.  Someone who strives to be worthy of that torc around my neck.  Because although at times I’ll wear a pentagram, or a little silver raven pendant, it’s always the torc that I prefer to wear as a symbol of my faith, as a symbol of my devotion to the Morrigan.  The Morrigan is many things, but She is always the Great Queen.  She doesn’t apologize for who She is, but revels in it, and so should we.

Posted by Stephanie Woodfield at 2:35 PM