Baby Witches Then and Now 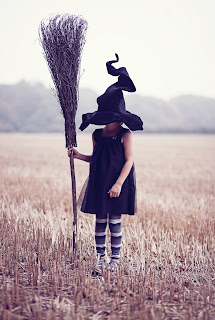 Back when I was a baby Witch.....
When I first started studying Witchcraft and Paganism we didn’t even have an internet connection in my house. Granted my parents were suspicious of the safety and moral uses of such things so they were pretty late in catching up to everyone else.  Barnes & Noble had a crappy new age section that was filled more with Christian spiritualism than anything of value to me.  So the only way to learn or get information was to got to local new age store.  That was the community stomping ground back in the day.  Its where you met other people with similar views, by which I mean a very broad spectrum of views and interests in the Occult. Back then you were just happy to find another person who practiced any kind of Paganism or Occultism.  If you were an Irish Pagan and found someone who worked with the Egyptian pantheon, in todays world you might not have much to talk about. But back then you were just happy to find someone, anyone, to talk to who didn’t think what you did was crazy.  The new age store I haunted was a little house converted into a store, down a winding dirt road, called Flying Unicorn Book Store.  The name and difficulty in finding it off the main road of course added to the appeal.  It took an epic quest down a mostly abandoned dirt road, to a Witch’s cottage no less, to seek forbidden knowledge….


Or so it seemed at the time anyway.  Then Barnes & Nobles started carrying more books. Boarders opened nearby where I lived and they had not a shelf or a little shoehorned off area of a shelf, but shelves and shelves of new age books. If fact it stopped being new age anymore. There were actual sections, Witchcraft, Divination, Norse, etc.  If I had the patience to wait for the AOL running man to finish loading on the screen I could talk to people in chat rooms who identified as Pagan. Then there were webpage and so on and so on until you come to today where there is a plethora of information sharing, bickering, cliques, websites and books you can find in the online Pagan community.
You probably know all this already, or you might have experienced this shift yourself. There are a lot of positives to there being a plethora of information out there and being able to connect to people with the click of a button.  After all you are reading this blog post because of all those changes.  But my point is, that is not how I learned. I was primarily solitary when I started out, eventually working with a Celtic flavored group. We learned together, made stupid mistakes and learned from that too.  We all were mostly at the same level, feeling out our way as we went.  So I really don’t know what its like to learn what I do in todays world. Where finding people willing to teach you is easy, and so is finding information and people to connect to.


And what I hear the most from people just starting out is usually the same. They are afraid to 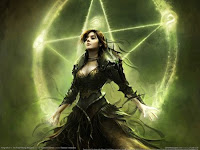 make mistakes. They see image after image online of Witches with their eyes closed in some ecstatic trance, sage billowing in the air around them, nails done, in their best Witchy outfit, and think they have to achieve that.  That if they don’t know enough about a subject they have somehow failed as a Pagan.  And to be honest there is a lot of what I’m going to call "Noob -Shaming" out there online.  Even big names in the community getting annoyed that someone new is asking them an annoying question, that they “should have already known”.  We don’t do a good job of supporting those just finding this path.  Being the entranced person in those pictures who knows all the secrets of the universe should not be the ideal people are striving for. Because no matter how long you have been doing this, you are going to make mistakes. You are going to fail. Or do something dumb. I have, plenty of times. And you brush yourself off and keep on trucking afterwards, you tweek and learn from it.


A couple of years ago I went to a public ritual a local group was hosting in New England, and as part of the ritual they sang the quarter calls. Everything went well as far as a I could tell. But after the ritual one of the women who had called the quarters was off away from everyone else at the drum circle crying her eyes out. When I went over to see what was wrong she explained she messed up on the words. She had practiced and practiced and she still messed it up and it ruined the ritual! Mind you I hadn’t even noticed anything went wrong at all. I didn’t know what words were or weren’t supposed to be said and I told her so, and that I had messed up far worse in front of far more people.
At another event a woman came up to me after a workshop and asked me what she was doing wrong. She had only been a Pagan for a few years and there was some very difficult things going on in her life, including a custody battle that her ex was currently winning. She felt that it was all happening because she wasn’t a good enough Witch. If she was better at her craft then bad things wouldn’t happen to her. I assured her that wasn’t the case.  Being Pagan for twenty something years hasn’t stopped me from having to deal with bad things in life, its changed how I reacted to them and tackles such things though.
At a Pagan Pride day I did a talk about speaking with the Gods and how that can be different for different people.  Afterwards a woman found me at the booth I was vending at and we talked for hours. She felt relieved hearing other people talk about their experiences during the workshop, that she had never heard her Gods speaking to her yet, but wanted to. And that she had never asked anyone for help, or how she might do this because she felt like she would be shamed for “not being able to do what all the other kids seemed to pick up on naturally”. 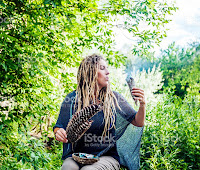 The point of a spirituality, whatever version or flavor you adhere to, is to help your build a connection to the divine and help see you through dark times, and to help you appreciated the good times.  The goal is not to be a Witch who oozes spiritual power and nothing bad ever happens to because the powers of the cosmos have opened up to reveal themselves to you.  Yeah sure talking to Gods is part of it, and you might be given meaningful and powerful messages. But that doesn’t mean you still don’t have to take out the trash, or scrub your toilet, or deal with a messy divorce. At the end of the day, what we do spiritually and magically is a tool to help up through life.  Bad shit is still going to happen, but you will have something to lean on, something to help you navigate through those times.  The most powerful magick, the most earth shattering experience you have with a deity, may be when your makeup is running and you are wearing jeans and a ratty t-shirt.  And no matter how much you admire this or that teacher, they have made mistakes too.


I think we owe to the those starting out to say its ok to be broken. Its ok to be a mess sometimes. We’ve been there too.  Your spirituality isn’t about being perfect.  Its about loving and tending to those broken jagged pieces of yourself, seeing they have value and putting them back together to make something else.  And then maybe when you think you have yourself figured out you’ll take the pieces apart and do it all over again. Being a Witch, being a Pagan, isn’t about looking like the most woke person in the room floating through an aura of burning sage.  Real Witchcraft, real devotion to the Gods, is quiet and sometimes messy. It doesn’t require ritual robes or much of anything except yourself. And yeah sometimes you are going to screw it all up, and sometimes you wont. Perfect isn’t the goal and never was.


Posted by Stephanie Woodfield at 6:45 AM